Every player dreams of winning big in the casino, and here are some of the largest ever American jackpots when fantasies were fulfilled. 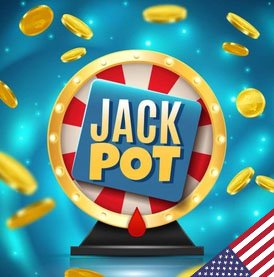 The largest American jackpot in history was won, perhaps unsurprisingly, in the home of gambling: Las Vegas. It was 2003 when a software engineer's life was turned around with a life-changing sum of money of lottery-sized proportions. Aged just 25, the anonymous winner had pumped about $100 into slots at the Excalibur Casino, which turned out to be a pretty fantastic investment. The money was paid out in annual instalments of $1.5m over a quarter of a century, so, at the time of writing, it's still being paid out every year.

Winning one of the biggest ever jackpots is pretty nice, but winning two is being lucky on a whole other level. The fittingly named Elmer Sherwin scooped $4.6m at the Mirage playing Megabucks in 1989. He followed this up with a huge slice of fortune for a second win in 2005, this time for $21.1m.

Sherwin was 92 when he won for the second time, and gave away a lot of his money to charities and relatives before passing away just a couple of years down the line.

Sometimes people give away lottery tickets as gifts to wedding guests, and casinos give away free play vouchers to those staying in their hotels. If you get one, be sure to take advantage of it, as the following story tells the tale of what might just happen.

An anonymous lady staying in Las Vegas' M Resort in Henderson decided to kill a little time using up her free play voucher in the casino. It was December 2012, and she ended up with quite the festive surprise when her risk-free betting netted her in excess of $17.3m. Even if you're not normally a betting person, there's no danger of losing out with a free play bonus, and there's a small chance that Lady Luck will smile on you, as in this case when enough money to live comfortably for life was won.

Ironically participating in activity that once earned Las Vegas the nickname Sin City, a Christian fellow was playing at the Rampart Casino when divine intervention (or the Random Number Generator) steered things his way. The local player had $20 at the start of the night and more than $17m at the end. But he didn't keep the whole lot. At the time his church was hosted in a local high school gym, so he donated a substantial sum to enable the congregation to build its own place of worship. 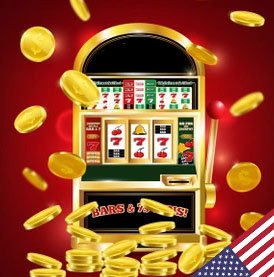 Las Vegas is the betting capital of the United States, and it was at the New York Casino that Suzanne Henley had a golden moment of women's intuition to claim one of the largest American jackpots ever paid out.

Sometimes slots players believe certain games are 'due' a payout, and that's exactly the thought that was lurking at the back of Henley's head. It turned out to be exactly right. When heading home from work one night she popped into the casino, and her gut instinct led her to try spinning the reels. And the reels gifted her a tasty $12.5m, one of the largest American jackpots a casino has ever paid out.

When people think of casinos the classic image is of old-fashioned table games like poker, roulette, and blackjack. But, while those games still have their fans, most players today focus on slots, and it's spinning the reels that a player can win the largest American jackpots, sometimes eight figure prizes that can be compared to lottery wins.