Sports betting is increasingly accessible in the United States, and with widespread smartphone ownership the two dovetail nicely. If you like to bet on the go, check out this list of some of the best sports betting apps. 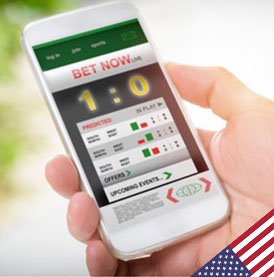 Australians have long been keen on betting so it's no surprise that one of the top sports apps was created there. Since its inception in 2017, PointsBet Sportsbook has expanded dramatically, and today covers all major US sporting leagues in addition to rugby, golf, MMA, motorsport, tennis, and more, so the vast majority of sports fans should be able to find what they're after.

Players have fixed odds bets along traditional lines, but those with deep pockets and a love of high risk and high rewards can also indulge in spread betting. Spread betting, known within the app as PointsBetting, is where a player wins more or less based on how close the end result is to their prediction. For example, if you bet on a game having a total score over 100 points with a $10 stake and 200 points are scored, you would win $1,000 (100 points out multiplied by $10). If 50 points were scored in that example, you would lose $500.

PointsBet Sportsbook is legally accessible in numerous states including New Jersey, Iowa, Indiana, Michigan, Illinois, and Colorado. It's well-designed and comes with plenty of promotions, as well as the PointsBetting option for those who don't mind taking a risk.

Founded in Britain during the interwar period, William Hill is today a major bookmaker popular across the United Kingdom and around the world. It also offers one of the best sports betting apps for players from the United States.

The app allows players to access the bookmaker from the majority of states where sports betting has been legalized. There's less stylistic flimflam and more substance than with some other apps, so if you're an out-and-out bettor who just wants a wide range of markets on numerous sports, this will serve you well. It's compatible with both iOS and Android devices, making it convenient for the lion's share of mobile devices.

One interesting snippet of info for serious gamblers is that William Hill makes its own odds which can diverge from others. Because of this, if you have accounts with multiple such apps/sites, you can sometimes get a better deal by browsing the alternatives and picking whichever odds suit you best. 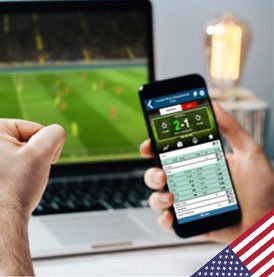 Fantasy sports fans probably already know about DraftKings, but it's also readily accessible for real sports bettors. Available in ten states for iOS and Android devices, it was one of the quickest sports betting apps off the mark in the United States. DraftKings offers an extensive range of markets, so if you like dabbling in a little bit of everything this might be your preferred option.

US markets are well covered, and there are plenty of international markets as well. Tennis, motorsport, MMA, hockey, golf, boxing, rugby, soccer, and more are all on the betting menu. And if you like to bet in real time, then live wagering is also available. The prices can be slightly off-kilter, sometimes offering the best value you'll find and sometimes with odds a bit worse than elsewhere. Because of that, multi-app bettors can take advantage of the optimal odds when they appear, and play elsewhere when they don't.

Another fantasy sports favorite that is now one of the best sports betting options is the FanDuel Sportsbook app. Founded in 2009 by a quintet of gaming enthusiasts, it was acquired by Paddy Power Betfair (now Flutter Entertainment) in 2018, providing some serious backing.

A high quality user interface is available for devices using both iOS and Android, and the app is quick and easy to navigate. It also offers spread betting (briefly described above) for those who like high risk and the prospect of high rewards, in addition to the usual types of betting markets (such as cashing out, when you can choose to be bought out of a wager before an event is concluded). In terms of sports, there's a large number of leagues from the USA in addition to popular international selections such as golf, rugby, motorsport, and soccer from various European nations.

There's never been a better time for sports bettors from the USA to combine the thrill of sport with the excitement of betting. Take your pick from this quartet of the best sports betting apps, and always remember to bet within your means.